Have you noticed the fewer hours of daylight?  While I don't particularly enjoy that, I do look forward to the cooler temperatures and letting loose of the foul-weather baker in me.  Some recent fall-like temperatures has kick started that process - along with some recipes from Saveur I found intriguing.

. . . slightly over a year to be more precise.  To what do I attribute such a long, silent absence?  Truthfully, to choosing to live my life instead of thinking what I'll write about it, or what I should have photographed and didn't.  I don't mean that to sound like I don't enjoy the blog, but I found that after I went back to work, I could get a little stressed out about it.  So I came to the conclusion if I had something for show and tell, I'd bring it.  If not, I wasn't going to allow myself to lose any sleep over it.

Coconut seems to be one of those "love it or hate it" foods.  I'm on the "love it" side of the fence.  The sweetened flakes most of us grew up with aren't necessarily my favorite, but they have their uses.  My favorite is fresh coconut cracked from the shell.  I've shared some at work, and apparently my coworkers are pretty fond of it as well.

Most of my aversion stems around the artificial color.  Not that I have a spectacularly sophisticated palate, but I can taste the coloring (sort of in the same manner I'm able to taste the can from canned foods and beverages).

My other pet peeve with red velvet cake is that most of what I've been served is not what I would consider to be velvet.  In my opinion - and this is totally just "Dawn on cake" - if it doesn't have the fine crumb and delicate texture of a true velvet cake, it's nothing more than a mild cocoa cake with red food coloring.


Or “The Posts that Never Were”.

Do you ever start things without finishing them?  When it comes to follow through, I am often lacking.  Whether it be lack of motivation, lack of time, lack of interest, combinations thereof, I won’t even begin to list the number of projects I have started in various stages of (lack of) completion.
Read more »
Posted by Tugs Girl at 9:19 PM 6 comments:

Occasionally, I foolishly agree to do things that I know I shouldn’t.  I know that it’s going to cause me stress and make me temporarily insane(r).  But I do it anyway because I also know that the end, my insanity will result in someone else’s joy.

Such is the case for this birthday cake.  The office manager in Tug’s school, Arthurina, sent me a message asking if I did birthday cakes.  The school’s administrative aide, Sheila, had a birthday coming up and they were going to be celebrating at the office.  Since I’ve returned to work, I’ve been saying “no” to cakes as they can be time consuming and I refuse to use frozen cake.  I probably should have said “no” to this one.  But since I didn’t . . .
Read more »
Posted by Tugs Girl at 10:32 PM 10 comments: 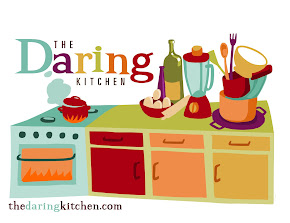 Proud Member of The Daring Bakers